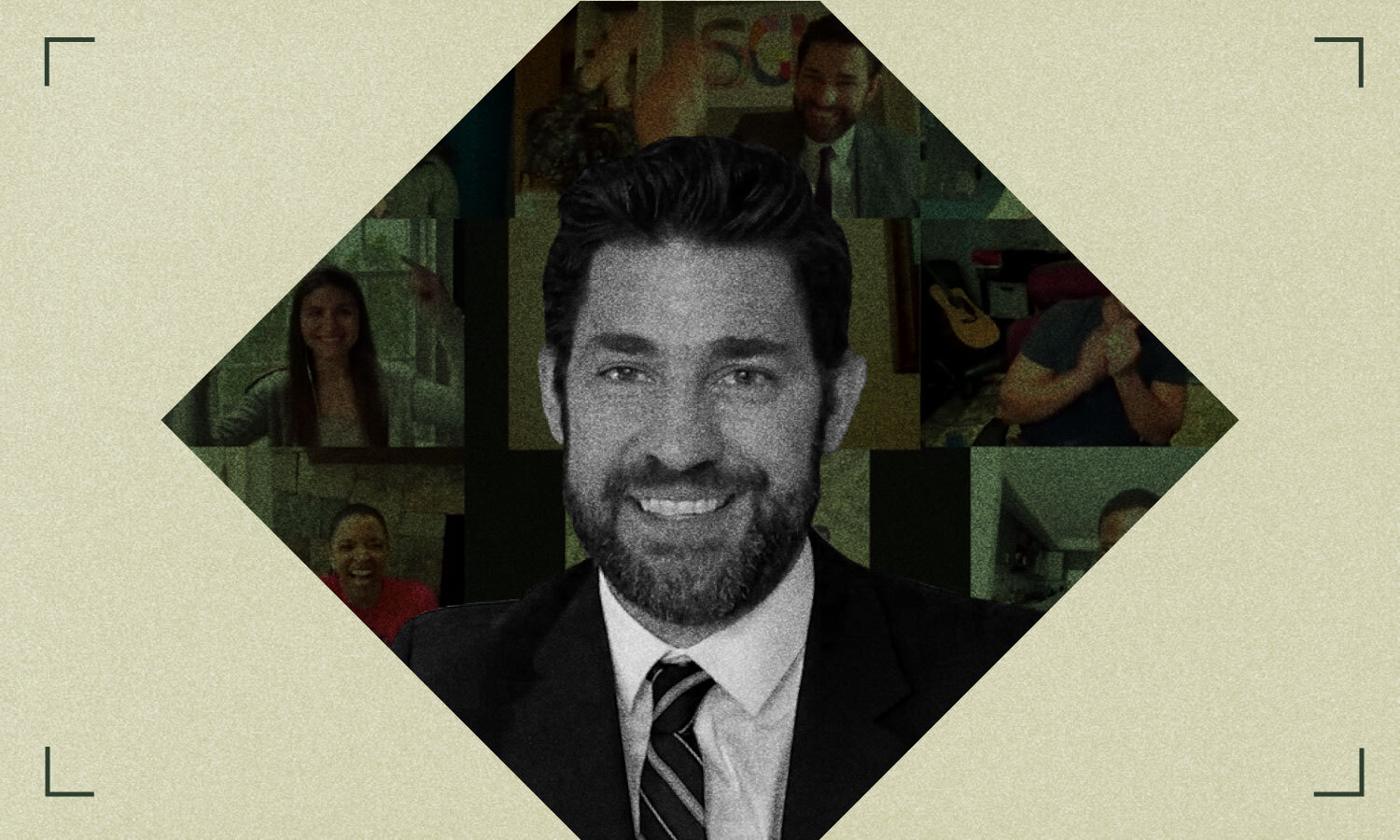 Breaking Down the Success of "Some Good News"

You've probably heard the story about John Krasinski selling his charming and popular Youtube series “Some Good News”(SGN) to ViacomCBS. Many fans were not happy about the fact that Krasinski is making a profit from what it was supposed to be “a good deed”, but if we look at it from a content creation point of view, SGN had all the elements of great and effective content. There is no question why big networks would want to buy this brilliantly made show.

If you’re not familiar with the series, The Office star created the YouTube web series during the coronavirus pandemic to focus entirely on positive and inspiring stories. Every week from his living room, Krasinki shared a rundown of positive things going on in communities across the country in short but engaging 20-min episodes.

The homemade series had a huge impact and one could say, it went viral. With only eight full episodes over the course of two months, SGN’s YouTube channel has over 2.5 million subscribers and 70 million views.

So how did he do it?

As a marketer and content creator, I often get the question: “How do you make content go viral?” The reality is that you can’t “make something go viral”. To go viral, you need to do something that's never been done before. You have to get people excited and offer them something that can affect their feelings strong enough that it makes them want to share it. Some Good News is an example of it.

I’m going to break down a few elements of effective content and how “Some Good News” used these elements to connect with audiences and go viral.

Before I begin let me clarify; your content doesn't need to go viral in order to be effective. "Some Good News" did a great job of creating effective content first that eventually combined other elements that propelled the show to be so popular so fast. So let's explore some of these elements.

1. Create a Human Connection and Relatability

Krasinski hit the bullseye by creating a show during a worrisome time when people needed a positive angle in their lives. He identified a need among the American population and by using the hashtag #SomeGoodNews, he asked his fans to share their own feel-good stories that had recently made them smile. The result? He received thousands of responses!

He was able to use original content created by real people. As people dealt with anxiety and uncertainty that the pandemic brought upon us, this content resonated with people and warmed people’s hearts.

Additionally, he used humor right off the bat. He set up the show as a news-broadcast where he played the role of the anchor and his set featured a homemade sign drawn by his kids. Most parents can relate to this. They are including their kids in work-related zoom meetings and finding ways to to keep them entertained. He also wore only the top part of a suit, which we also can relate to as we take on zoom meetings.

During the first episode he said “If it isn’t clear yet, I have absolutely no idea what I’m doing” He was not afraid to poke fun at himself.

Humor doesn’t detract from the message. It humanizes it.

When Krasinski thought of creating the series, it came from an authentic desire to lift up people’s spirits by sharing positive news.  From the get-go he knew this project would last only a few weeks during the stay at home orders.

“We are all going through an incredibly trying time, but, through all the anxiety, through all the confusion, all the isolation, and all the Tiger King, somehow the human spirit found a way to break through and blow us all away,” Krasinski said as he opened his show.

He did not create it thinking about making money out of it, or with a goal of reaching a viral amount of views. Those things happened organically and as a result of creating authentic content.

Yes, making a profit is important, and your content strategy plays a major role in lead generation and sales.  However, when crafting your messaging and content you have to think of why you do what you do in the first place. What is your brand’s purpose statement? Are you reflecting your brand’s purpose in your content? Think about these questions in order to connect with your audience in a genuine way. If you create anything with the main purpose of making money, then you’re not being authentic or true to your brand.

During the eight-episode run, Krasinski didn't just share other’s people content randomly. He curated people’s stories into themes and combined them with his own performance and original content to tell a story.

His storytelling was focused on speaking directly to topics central in people’s lives right now: he hosted a virtual prom, organized a series of commencement speakers for a virtual graduation ceremony, and even got ordained as a minister to marry two people.

People cried, laughed, and felt inspired after every episode. Krasinski thoughtfully put content together to reach people’s emotions and it worked. Storytelling creates trust. It creates intimacy, connection, and empathy. As a result, it brings audiences closer to you, helps them get to know you (or your brand) better and on a deeper level. This creates a conversation and a relationship that is based on more than just trying to sell.

Our ⁠faces when @rainnwilson showed up at #SGNProm. ⁠⠀ ⁠⠀ ICYMI, @JohnKrasinski hosted SGN Prom and a few of his friends showed up including @chancetherapper, @joejonas, @nickjonas, @kevinjonas, @billieeilish and @finneas. ⁠⠀ ⁠⠀ What was your favorite part? ⁠⠀ ⁠⠀ 📷 @kayla_lind14

4. Don’t forget about the surprise factor

Every SGN episode had some kind of surprise factor, which helped people stay engaged week after week.

Krasinski leveraged his network to have surprise special guests in each episode from Steve Carell and Lin-Manuel Miranda and Brad Pitt to Oprah and Malala. Each celebrity participated on the series in different ways. One episode, his wife Emily Blunt opened the show pretending to be John. On another occasion, Emma Stone delivered a quick weather report by looking out her own window. One of people’s favorite moments is when Krasinski invited The Office cast to dance during the surprise virtual wedding he performed. Personally, my favorite was a short segment from the International Space Station!

These unexpected moments were enjoyable, funny, and captivating. Viewers now felt the anticipation and curiosity of who the next guest star would be, or what kind of virtual celebration would they witness this time.

The surprises in each episode prevented the show from getting outdated and the variations in format kept the show fresh and kept people tuning in week after week to see what SGN will pull off next.

Of course, we can’t ignore the fact that this Youtube series was created by a celebrity. Having access to A-list celebrity guests definitely helped build the popularity of the series. Even though featuring a celebrity is not essential for your content to be effective, I wanted to touch on this point to remind you that customers trust their peers, friends, and people they admire more than the companies selling the products and services they buy. Even though not all brands can afford a celebrity, companies can look at people recognized within a certain niche or industry, as well as leverage user reviews to generate content audiences will trust.

One example of this Subaru. They have seen growth over the past few years and influencer marketing was key for this growth.  One of their most successful influencer marketing campaigns was the, “Meet an Owner” campaign. For this campaign, Subaru worked influencers that specialized in a variety of categories, from fitness to art. Each of them had to create unique pieces of online content that had to be centered around a Subaru car. The trick here was that the influencers could use their authentic voice and ways of creating content. In short, they didn’t have to mainly promote a car,  they basically engaged their audience using the typical content they usually made. See? Authentic content once more.

The elements of viral and effective content are no secret. You can find thousands of articles online that talk about this topic, however not all brands are able to pull it off. John Krasinski is a great actor and filmmaker, which makes him a brilliant content creator. He was able to strategically use all these elements to his favor while connecting with audiences heart. He deserves recognition for his brilliant creation. And at the end of the day, if someone is willing to pay for your content, when that’s what you do for a living, I think most of us would be cashing that deal.

Are you incorporating these elements into your content strategy effectively? If you do not know where to start or need additional help maximizing your marketing efforts, we would love to chat with you! 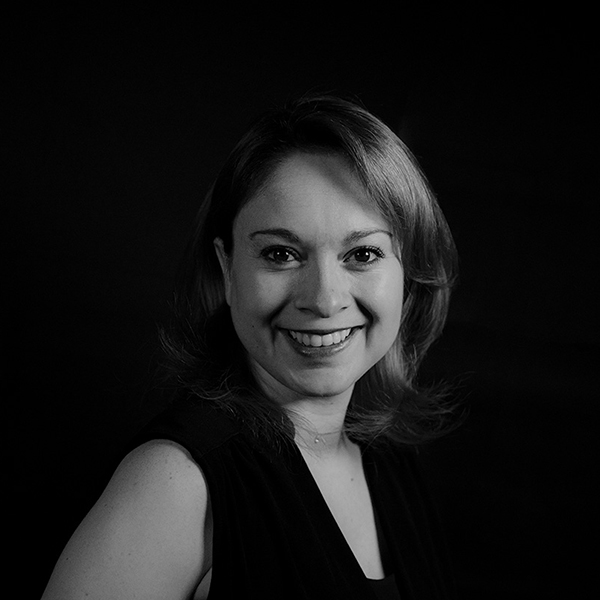 Julie is a marketer expert in inbound marketing and digital strategies. She helps businesses reach their goals through her thoughtful customer-centric approach. Julie has served as marketing manager at Chicago Children's Theatre, Catharsis Productions, and The Graide Network.

For the latest news, tips, guides and work sign up for our monthly newsletter. Don't worry, we won't spam you.

Thank you! Your submission has been received!
Oops! Something went wrong while submitting the form.